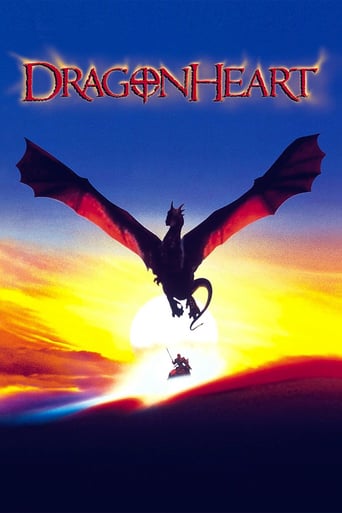 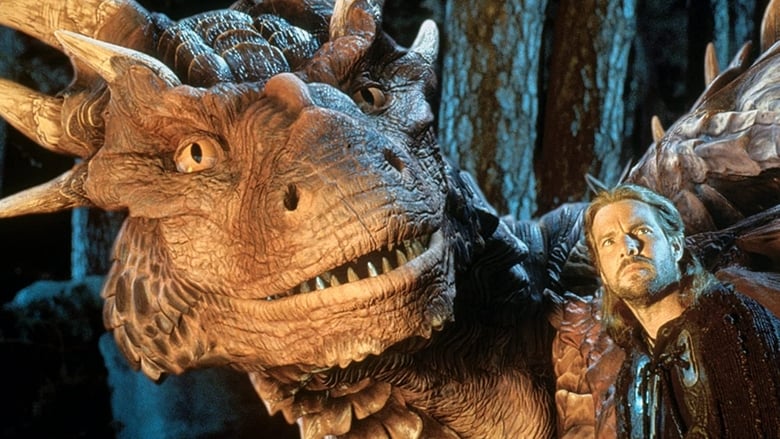 In an ancient time when majestic fire-breathers soared through the skies, a knight named Bowen comes face to face and heart to heart with the last dragon on Earth, Draco. Taking up arms to suppress a tyrant king, Bowen soon realizes his task will be harder than he'd imagined: If he kills the king, Draco will die as well. 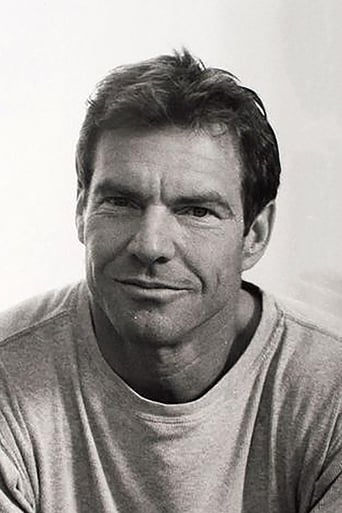 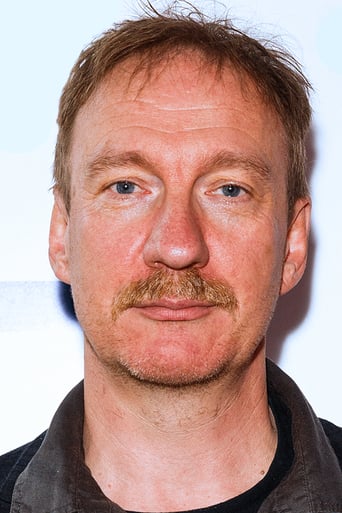 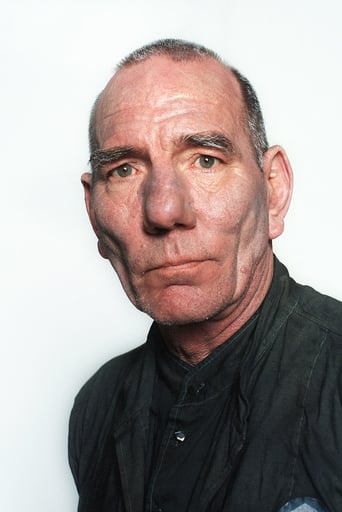 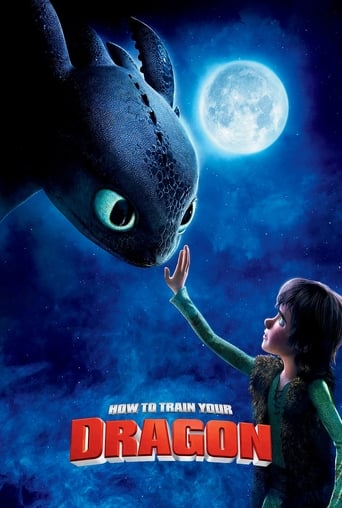 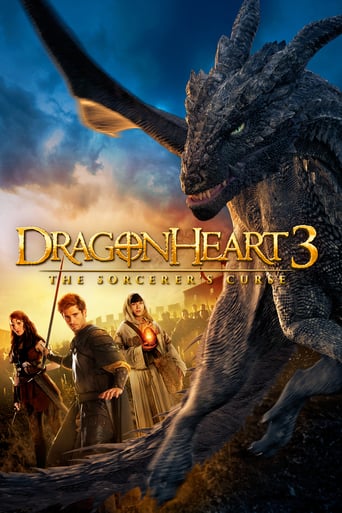 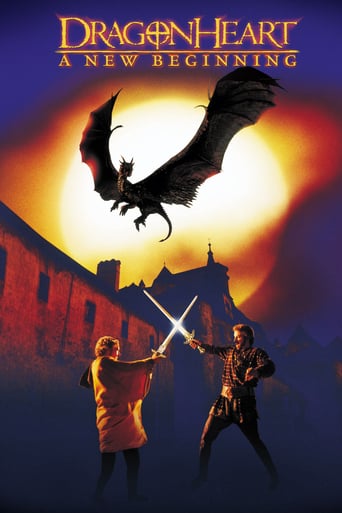 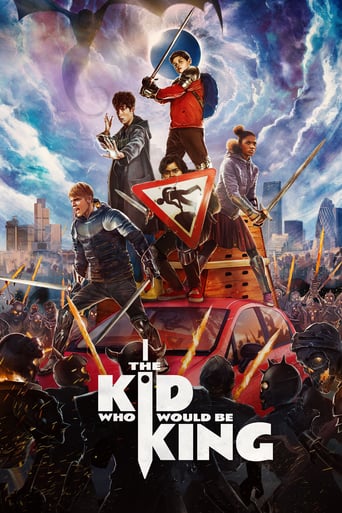 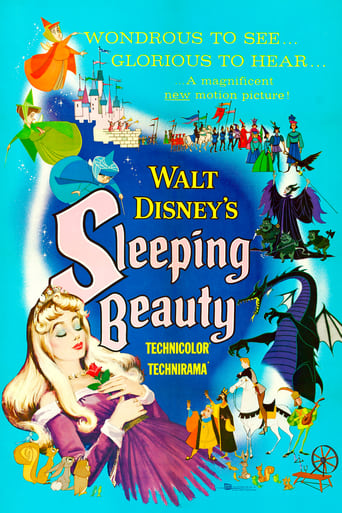 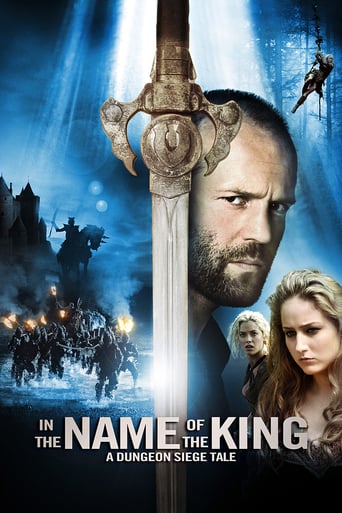 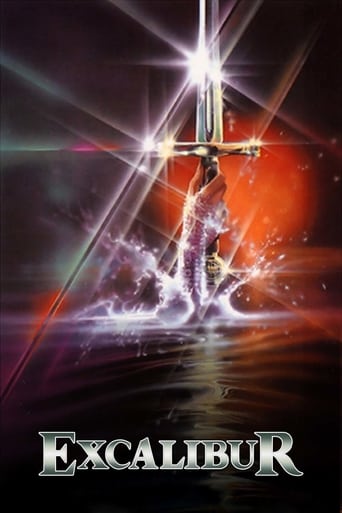 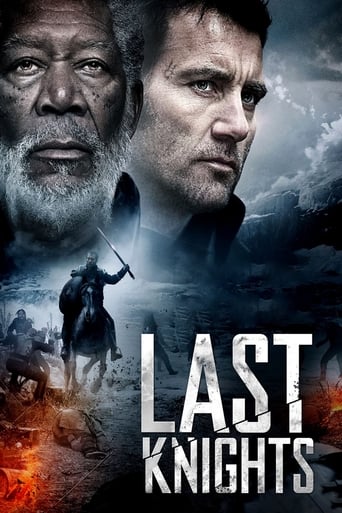 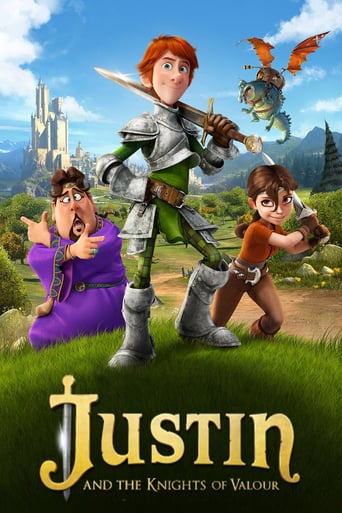 It is not deep, but it is fun to watch. It does have a bit more of an edge to it than other similar films.

Okay medieval dragon tale about shiftless conman Dennis Quaid striking a bargain with a CGI dragon (voiced by Sean Connery) to attack villages who will then pay Quaid to "slay" the dragon. It's a clever idea, but the film is so vanilla that it might as well have been a throwaway 1970s Disney film. Don't get me wrong, I love a good sappy Disney film, but the characters and emotions here were all very by-the-numbers, leaving the audience with no real investment in what happens to them. The film either needed to be more real on a character and emotional level, or it needed to be grittier (i.e. "Dragonslayer" or "Reign of Fire"). Still, "DragonHeart" is well crafted from a technical and production value standpoint and Connery voicing the dragon is pretty irresistible. Worth watching, but pretty forgettable.

To me, this movie was by far the best out of them all and the story behind it was the greatest. Nowadays it seems as if it has more sorcery than dragonsAlso I miss how much this movie was focused on the knight code unlike the newer ones.If they decide to make a number 5, I strongly suggest making it more like this one.If you haven't watched this movie, please do I know you won't regret it.

I never got around to seeing DRAGONHEART, probably because I thought it looked rather cheesy and at the age of 15 (as I was when this film came out) I was more interested in seeing adult thrillers like RANSOM rather than kiddie flicks like this one. Seeing it all these years later, it's clear that I didn't miss much; this is a film that plays out exactly as you'd expect, which is as ROBIN HOOD: PRINCE OF THIEVES with an added dragon.The only good thing DRAGONHEART has going for it is that the plot is fairly unusual, setting up intriguing characters who go on different directions to those you might expect. David Thewlis is clearly going for an Alan Rickman vibe in PRINCE OF THIEVES in this one, but he doesn't really come off all that well, and Dennis Quaid's hero is typically dull. The interest comes from the supporting players: Brian Thompson and Jason Isaacs are always welcome; Dina Meyer is feisty enough to get her the role in STARSHIP TROOPERS; and Pete Postlethwaite is great comic relief.The elephant (or should that be dragon?) in the room is Sean Connery, playing the voice of the dragon. He's pretty good, but the CGI effects are only acceptable in this one. They're fine compared to a lot of the usual SyFy/Asylum nonsense, but they're a far cry from the quality we saw in JURASSIC PARK. And Rob Cohen's direction is typically bland and soulless. If you're in the mood for undemanding family fare then you might enjoy this, but then again you might be like me and not think much of it.

Dragonheart (1996): Dir: Rob Cohen / Cast: Dennis Quaid, David Thewlis, Dina Meyers, Pete Postlethwaite / Voices: Sean Connery: Energetic fantasy about importance of sacrifice, friendship and love. Dennis Quaid plays a knight who is assigned to protect the young King but when injured in battle the King is taken to a wise dragon who donates a heart in return that the King rule wisely. The King becomes greedy and Quaid blames the heart and vows to slay every dragon he can, with the obvious one remaining. What are the odds of that? Eventually they form a plan where Quaid hunts Draco repeatedly for money before they attempt to dethrone the King. Story is repetitious with a ridiculous climax but the visual effects bring out that young at heart feeling. The dragon is a triumphant visual wonder voiced by Sean Connery who brings personality and purpose to the dragon's sense of worth. Director Rob Cohen has fun with the fantasy elements. Quaid survives as a knight who wishes to repair a wrong, but much of the acting is bad. David Thewlis as the tyrant King is straight forward and too juvenile. Dina Meyers is the obvious potential love interest and otherwise useless. The visual effects are the payoff and unfortunately it isn't enough. An attempt to recapture fantasy will appeal to that audience while others will find that it breathes more fumes than fire. Score: 4 ½ / 10