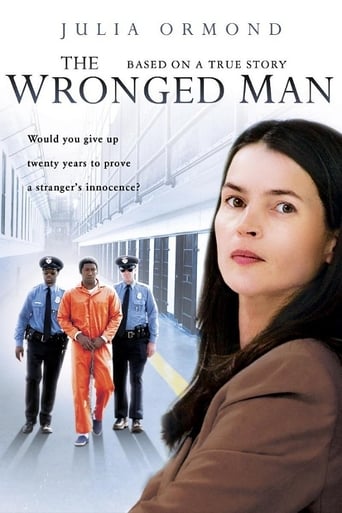 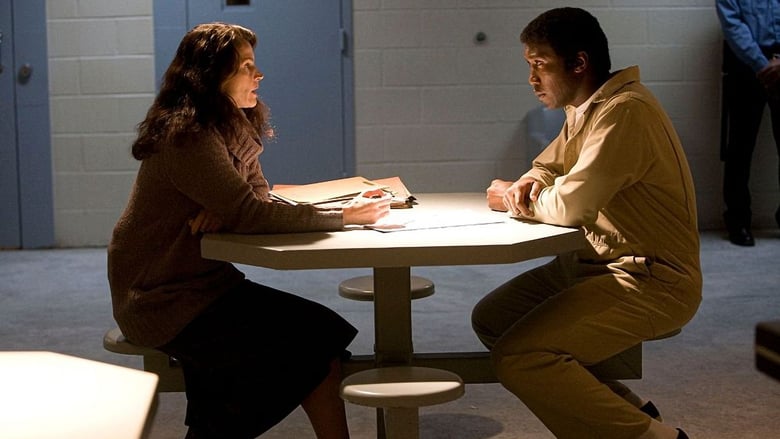 Janet Gregory, a single mother with a haunting past, is a paralegal struggling to overcome doubts about Calvin Willis, an African-American husband and father wrongfully accused of raping a neighborhood girl. Eventually convinced of his innocence, Janet takes Calvin's pro bono case and wages a dramatic and stormy 22-year battle with the justice system that ultimately redeems an unjustly accused man and cements a life-long friendship. 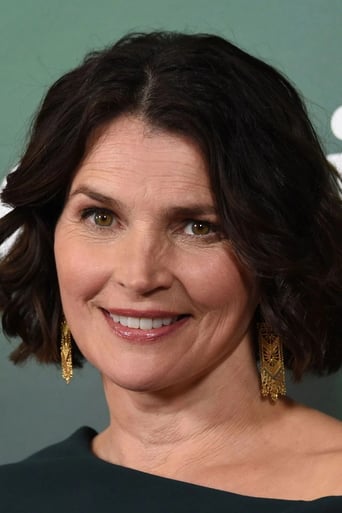 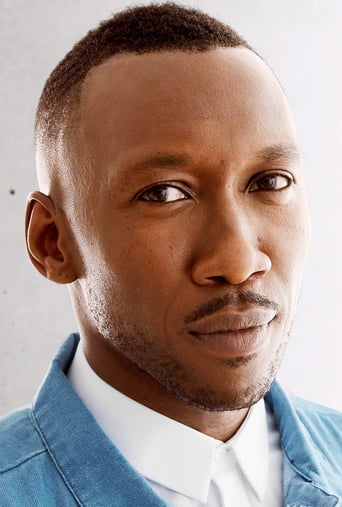 I really wanted to like this movie. I feel terribly cynical trashing it, and that's why I'm giving it a middling 5. Actually, I'm giving it a 5 because there were some superb performances.

Easily the biggest piece of Right wing non sense propaganda I ever saw.

It's not a wonder I waited another 3 years to watch this movie a 2nd time. I felt a song in my heart and a grace. I am grateful for DNA evidence in my time as it has solved more crimes that it did not previously. This is the kind of movie one should watch with someone they love. "The work of time and effort in it's involvement of the truth" for what it's worth. If there was a God, I couldn't ever understand why suffering should be mentioned for the one who doesn't deserve to? The facts of life are important in fairness and justice and equivalent is the truth. This film teaches us the sincere attitude toward the truth. It is not fearful but rather the pursuit of what is fair in feeling, yet fact and respectably, for the people. This film admires forthright the spirit. This is a a film of justice and honorable of the pursuit of the answers. We will all get there. The truth is simply the fact.

This tells the true story of Calvin Harris who was convicted of raping a 13 year old girl, based on flimsy evidence, and his subsequent 22years in prison paying for someone else's crime. If it wasn't for the para-legal who took on his case, free of charge, in her own spare time and her 20 year struggle against the American Justice system, this man would still be in prison today. He would have died in prison. She gave her life to save his and if by any slim chance she's reading this, Janet Gregory, you truly are a beautiful, wonderful human being.The acting in the film was amazing on all parts, especially the two lead actors, Mahershalalhashbaz Ali and Julia Ormand. Despite giving the ending away, it's still well worth a watch. There's so many twists, set-backs and so much heart ache, I'm gonna watch again right away. These stories need to be told and heard if the American Justice system is to ever change. What scares me is DNA testing is new. How many innocent men were given the death sentence before DNA testing became accepted in evidence? How many rapists and murders have gone free because they've settled for the wrong man to close a case? How many innocent people have suffered at their hands? This story makes you think, maybe it'll even make more people want to do something about it.A MUST-SEE!

**SPOILERS** The made for TV movie "The Wronged Man" starts where it ended on September 19, 2003 at Louisiana State Correctional Facility. It's then that we see 44 year-old Calvin Willis played by Mahershalalhashbaz, the longest name in the Bible, Ali getting his first breath of freedom after spending over 20 years behind bars. That's 20 years of freedom that Calvin lost, and would never get back, for a crime that he didn't commit!Besides Calvin's wrongful incarceration we also get to see the person who did just about everything, moving heaven and earth, to prove Calvin's innocence paralegal Janet "Prissy" Gregory, Julia Ormond. Prissy almost by accident took over Calvin's case when her good friend and boss defense attorney Graves Thomas, Danny Vison, was struck down and killed by a lighting bolt while on a fishing trip!Not at first all that convinced of Calvin's, who's serving a life sentence for the brutal rape of an 11 year old mentally challenged girl, innocence Prissy felt that if the late Graves Thomas felt that he was innocent that was good enough for her. As Prissy uncovered facts that the jury at Calvn's trail were not made aware off, by the local D.A keeping it from them, she went on what turned out to be a 20 year-for a better word-crusade in overturning his conviction. Something that at first Calvin was anything but willing to cooperate with Prissy in feeling that her only interest in his case was just an ego trip on Prissy's part. How wrong Calvin turned out to be!Heart wrenching true story of how a totally Innocent man went through hell for over 20 years losing everything he had, his freedom family and dignity, until the DNA evidence, that wasn't available at the time of his trial and conviction, proved him innocence. During his stay behind bars Calvin's wife Micelle, Lisa Arrindell Anderson, divorced him and remarried having a child with her new husband. This drove Calvin almost suicidal taking it out on Prissy from keeping the truth of Michelle's marriage and new born child from him. Being a convicted child rapist didn't help Calvin either making him a target or marked man for every convict in the "joint" who held him beneath contempt and wanting to do a number on him. It was later that Prissy heard about former O.J Simpson's defense team lawyer Barry Sheck's newly formed Innocence Project and finally a ray of light broke through the dark clouds that hampered her all those years in finding Calvin innocent. It was the Innocence Project that in the end convinced-through DNA evidence-the court that Calvin was in fact railroaded into prison! Still it took some two years and a $12,000.00 fee that Prissy and Calvin's family needed all the help and personal contributions, mostly from the local church, that they could get to come up with! P.S DNA evidence which was in its pioneer stage at the time of Calvin's trial and conviction has since proved to be the ultimate evidence in finding persons unjustly convicted of crimes, like himself, innocent beyond any reasonable doubt. Calvin became the 138th person, in 2003, to be found innocent of a crime he didn't commit because of the DNA evidence that the researching Innocence Project provided for him. Many of those found Innocent through DNA evidence over the last ten years were on death row awaiting execution. We can only wonder just how many more persons who ended up losing their freedom, like Calvin Willis, as well as their lives, by being executed by the both State and Federal Government, would have been exonerated of their "crimes" and given the freedom that was taken away from them if publicly supported groups like the Innoence Project was around back then. Since his release from prison Calvin Willis has become an major advocate for prisoners rights in him knowing that many of those, like himself, convicted by our "perfect" justice system are far less-in many cases- guilty then those overzealous and unbending enforcers of the law who sentenced them.