The City of Lost Children 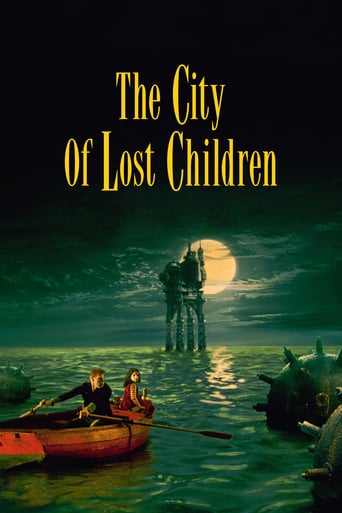 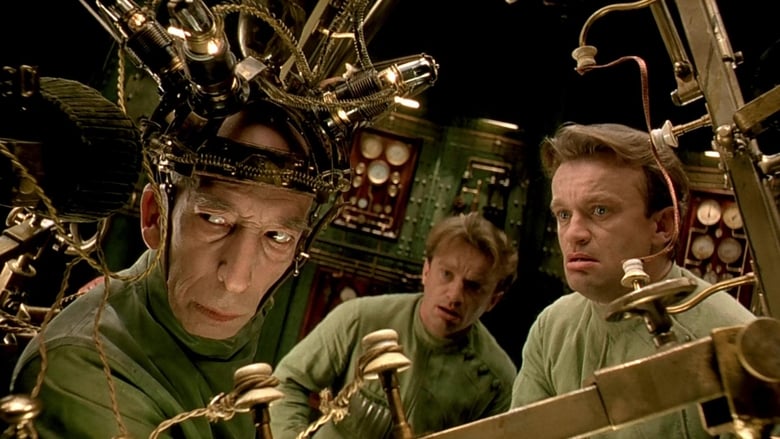 A scientist in a surrealist society kidnaps children to steal their dreams, hoping that they slow his aging process. 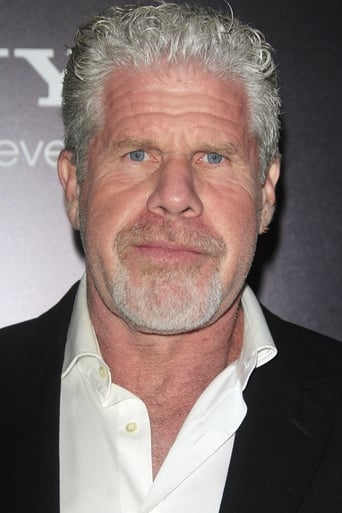 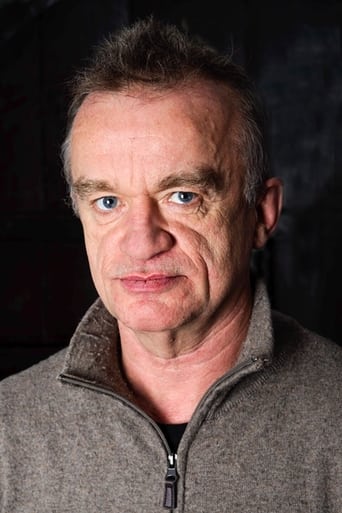 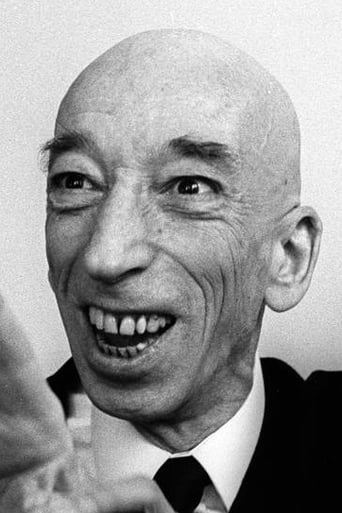 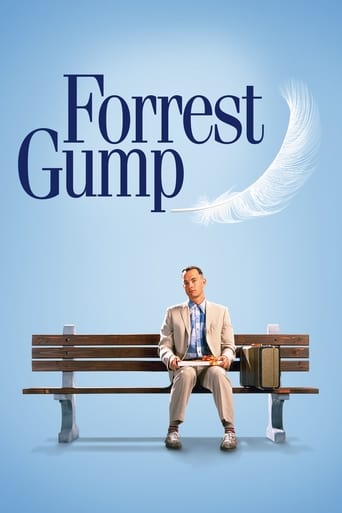 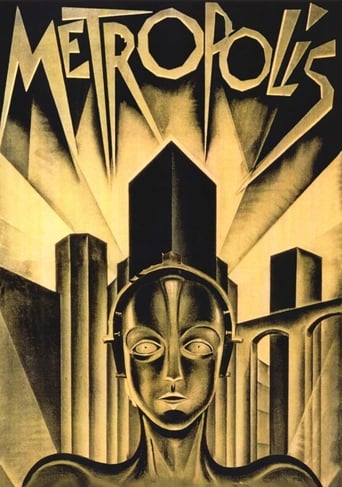 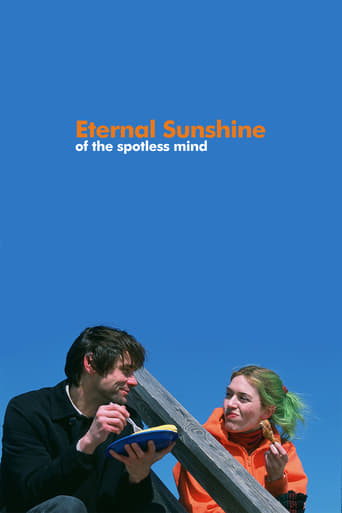 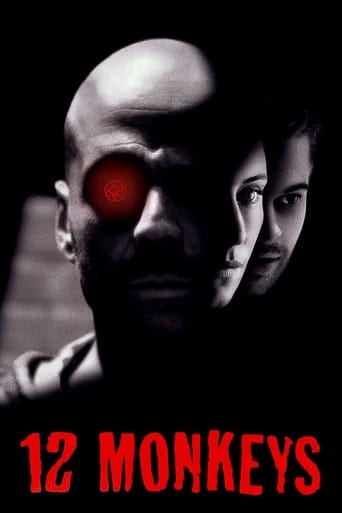 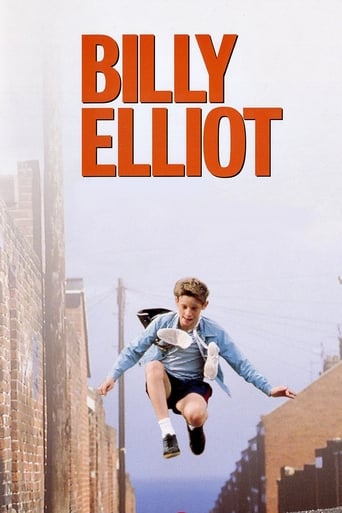 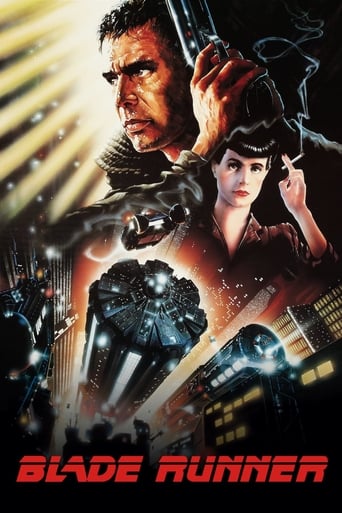 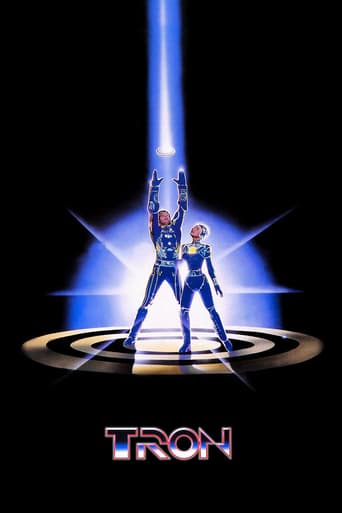 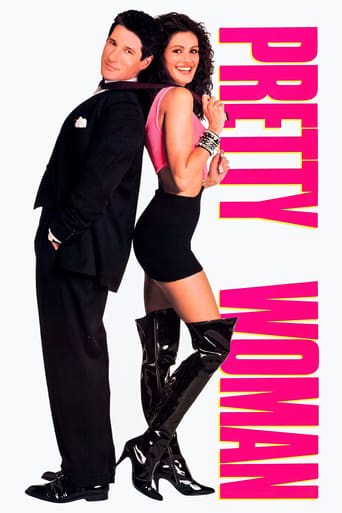 It's easily one of the freshest, sharpest and most enjoyable films of this year.

I don't know. Been trying to find words for a long time and I still cannot describe accurately what is wrong with this movie. It is like someone was pathologically obsessed with Gilliam (esp.Brazil) and vowed to develop his style to perfection. And this perfectionism led to the point of absurdity - it is so overly polished that the final result is utterly irritating beautiful empty shell without any life inside.

Jean-Pierre Jeunet has an interesting directing resume, with Ameile(I loved it), and Delicatessen(lost me), and Micmacs(funny). City of Lost Children is another fantasy with a mad scientist abducting children and stealing their dreams. The cast is wide ranging and the usual odd ball characters portrayed in Jeunet's other works. I was exhausted by the visual throw everything up on the screen and try to follow this marathon of strange behavior. The most interesting role is that of the circus strong man, One(Ron Perlman), who is a good guy trying to rescue the children from the bad doctor. The sets are intricate and colorful but the twists and turns of the story are overdone, without Amelie's wit and charm to save it.

I'm fine with movies that choose style over substance. I absolutely love Brazil, if that tells you anything. I was totally prepared to see a movie that had minimal plot and coherence, and was ready to simply immerse myself in the 'grotesque and disturbing imagery' as the rating touts. Another thing that intrigued me was the box art, which looked almost Aztec/Steampunkish. I thought that perhaps that type of imagery would dominate the film, or at least figure prominently in it. It did not. Instead the film mainly features imagery and sets from what appears to be the city from Alex Proyas's Dark City if it had been located on a French coastline in the 1940s.But getting to the point, what ruined this movie for me was not that it was to unfocused and lacking in action. It was the filmmakers insistence that everything be so insufferably f*cking goofy. I felt like I was watching a bad rip off of a Terry Gilliam film, made by somebody who completely missed what made his style so great. First of all, this is a tame movie. Not that that is my reason for disliking it, I'd just like to set the record straight. The film's rating is absolutely undeserved. It easily could have been rated PG-13, and contained nothing too disturbing for a young teenager to stomach. And even then, any scene that even began to create a sense of foreboding atmosphere was immediately ravaged by unnecessary and painfully protracted scenes of people acting like mentally damaged infants.Look, its not that I don't "get it". I understand what they were going for here, its just that they f*cked up (In my opinion). To put it simply, an otherwise chilling, absorbing film best described as Bioshock meets Brazil, is marred by disgustingly indulgent characters and camera-work by the filmmakers. For instance, the character of the mad man who kidnaps children to steal their dreams because he cannot have any of his own should be instantly tragic and threatening, a truly fantastic character simply by design. Any hopes of such a thing are tossed aside within the first few moments as he and the rest of his, what I suppose you could call family, scream directly into the camera for over a minute. Without any thought, they instantly reduce what should have been an incredible character with so much potential to a pathetic whimpering baby in the body of a man. They really seem to be TRYING to act stupid and over the top. Why? What's the point? There is no subtlety or really any care given to anything in the film, least of all that first pointless scene. It really seems as though that scene existed for the sole purpose of destroying the disturbing atmosphere that the film was trying to achieve right out of the starting gate.In the end the film had so much potential, and so much style to work with, but it was wasted in favor of the film's oh-so-quirky antics. If this is French dark absurdist comedy, perhaps I'm just more suited to British dark absurdist comedy where the comedy goes hand in hand with the atmosphere rather than the former beating the latter into submission and sticking its @ss into the camera lens.

The movie is not as entertaining and uplifting as Jean-Pierre Jeunet's more recent movies, which must be one of the reasons why "La cité des enfants perdus" isn't as praised and being loved as for instance some of his other movies like "Le fabuleux destin d'Amélie Poulain" and "Un long dimanche de fiançailles". This movie is definitely more dark or tone but with still its very distinctive imaginative, fantasy-like world, spirit attached to it.If you aren't really taken by the movie its story, you should at least be blown away by its visuals. The movie has a great look and it manages to create a world of its own. As far as fantasy movies go, this one is definitely up there with the most imaginative ones. Not just all of its sets and costumes are great looking but also its limited effects and odd looking actors who play the characters.Don't really understand why most people praise Ron Perlman for playing a French speaking role and all the claims that he does it flawlessly must have been written by his agent or something. I won't pretend as if I'm an expert on the language but I've been to the country and had French class at school, so at least I know how it should sound like and Ron Perlman just didn't sound very French. I can still understand and see how he got cast for the role though. It must have been because of his unique and distinctive look. The entire movie is being filled by a whole bunch of quirky but unique looking characters, so Perlman fits in perfectly with them.The story is not that complex but it's still quite hard to keep up to, since so many oddball things and characters show up in this movie. It does really slow the movie down at some parts and I do wish the movie would had been a bit more entertaining and comedy-like to watch but this is, as it seems, due to the hand of co-director Marc Caro, who seems to be more fond of post-apocalyptic and darker stories than Jean-Pierre Jeunet. don't know if this also was the reason for their creative split-up as directors but fact remains that Jean-Pierre Jeunet has continued to make some beautiful, classic movies, while Marc Caro has had very little work since.One greatly odd and beautiful looking film.8/10http://bobafett1138.blogspot.com/