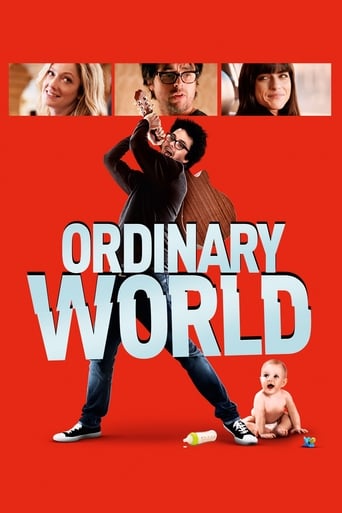 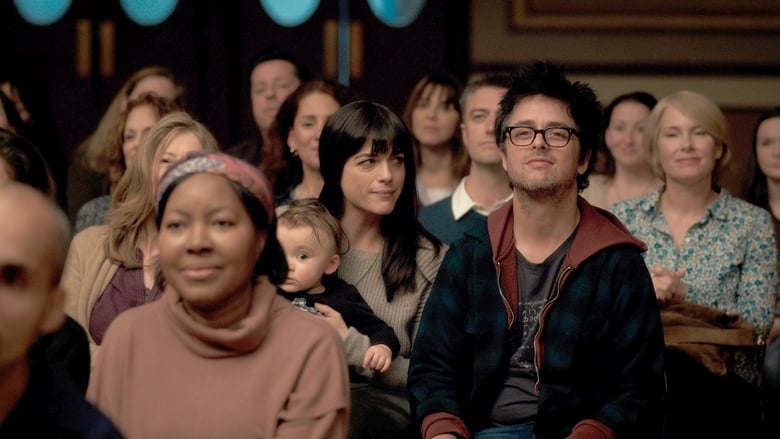 Perry is a happily married father of two living a comfortable but sedate life in the suburbs. On the occasion of his 40th birthday, he seeks to revisit his former life as the lead singer in a popular punk band though his middle-aged reality quickly (and hilariously) clashes with the indulgences of his youth. 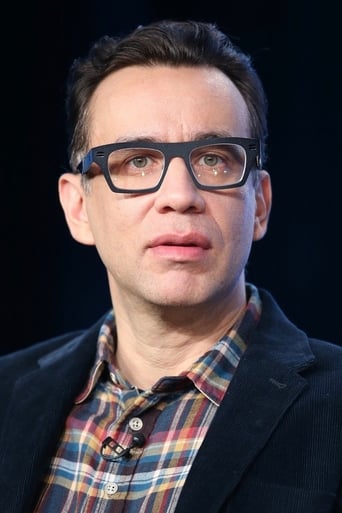 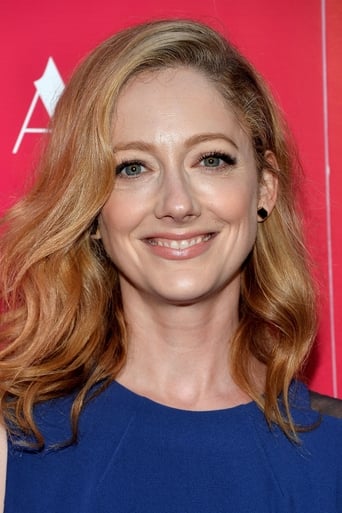 Ordinary World is an awful mid life crisis film starring Billie Joe Armstrong, lead singer of the band Green Day.Armstrong plays Perry Miller who in 1995 was the singer in a popular punk band. Fast forward 20 years he now works in the family hardware store which his younger brother manages, he is married with two young children and feels life is passing him by as he approaches his 40th birthday.Perry checks into a hotel to throw a birthday party with his old band mates and hopes it could reignite some passion in himself.The trouble with this film is that it has a half baked script that really goes nowhere. Perry has a hotel room, he can have a great party with his old band mates with booze and girls but he walks out instead to let his in-laws into his house.In fact the stupidest scenes are Perry actually going into the hotel, asking to see the Presidential suite and then asking the clerk how much the room costs. This guy has never heard of Expedia. Once he decides to throw a party he has not considered about getting booze and food, then worries that people might order room service and the cost of it all.It really is an inept and boring film.

Ordinary World is a comedy drama starring Green Day frontman Billie Joe Armstrong in his first leading role. Written and directed by Lee Kirk (The Office), the film is a so-so look into the life of an ageing punk rocker and features a fun acting turn from the lead singer and guitarist of Green Day.In 1995, Perry Miller (Billie Joe Armstrong) was the frontman of a popular punk rock band "The Skunks". Fast forward to 20 years later and Perry now works at his family's hardware store with his younger brother Jake and is married with two children. As he approaches 40, Perry feels like he is having a midlife crisis and tries to reignite his passion for playing music, despite his adult responsibilities constantly getting in the way.The film is a typical midlife crisis affair and offers little to the audience that hasn't been seen before. It plays off more as a means to get Billie Joe Armstrong's acting career started. Billie Joe, however, is actually quite a good leading man and he manages to give a convincing performance as an ageing former punk rocker and thankfully adds enough of his on-stage quirkiness to prevent the film from becoming boring. There are some nice scenes of his character trying to come to terms with not being "cool" with today's younger music fans and told to "get a real job" by his in-laws. The songs, both composed exclusively for this film and some older music from Green Day, are nice additions to the soundtrack and certainly suit the overall tone of the movie.I rate it 6/10

The title says it all. I thought the movie looked interesting which is why I watched it. After all, I know a lot of people in his situation (not that far off myself) so I was at least hoping for some familiarity feels especially since Billy Joe's in the movie so he'd bring the role some realism.Most of the movie, although there are things I would have done differently, I was enjoying myself and it seemed like it was heading a good direction. Then it just stopped. Done... roll credits. There were all sorts of possibilities and various situations that were prepped for exploration all left unsatisfied.If I want to watch someone be cranky about their 40th birthday while bemoaning the rock star life they could have had, I have plenty of real life friends to watch do that. A movie I expect to at least shove me through the Premise > Conflict > Resolution cycle... you know 3 acts.. blah blah blah. This one left me with 2/3 and I truly felt empty at the end denied the 1/3 of the movie they were too lazy to shoot. Of course given the apathetic, slacker demeanor they overplayed in Billy Joe's character, maybe that was the intention? "Just like the main character we're too apathetic to finish anything we start."Anyway... boo. Directors Cut? You can shoot it and polish it now and we can all come back and watch the extended edition a year from now! ;-)

Really guys ??? 7.1 for this ??? Billie Joe cannot act...it would be better if you put a complete amateur actor than him but of course Billie Joe will bring tickets.This movie is SO bad... It doesn't have any plot and the directory is still somewhere out there. It makes you bored after 30 minutes and I don't understand what is trying to achieve...More predictable than Tom & Jerry. Avoid it ! Read a book or watch the sky...it will have more excitement than this.Total waste of time !I think 3 out of 10 is very generous !